Fleet Tracking: Analytics In Your Engine 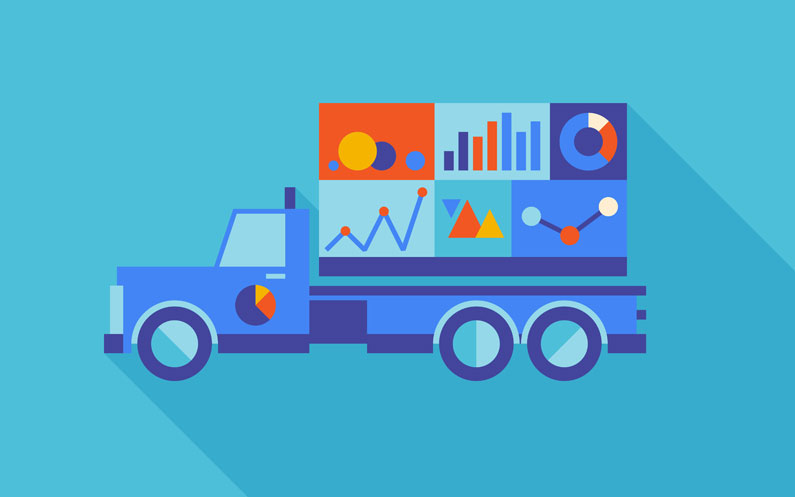 A number of years ago, Spieker Point did a fleet tracking project for a customer where we put a custom built computer into logging trucks, and measured all kinds of data on the truck: while in transit to pick up the load, the weight while loading, while sitting in the yard, etc.

One of the more fascinating parts of the contract (and there were lots of interesting parts) was tying into the data flowing from the big truck’s engine. The “protocol” (the format of the data coming from the engine) depends on the engine, but they have names like J1587, J1708 & J1939. All sorts of data suddenly appeared at our fingertips to be requested and used as we needed. And for “data nerds” like us, it was nirvana!

Pulling together information from different sources is always interesting for us. A simple example: since we provided the driver a touch display screen (something a wee bit ahead of it’s time in 2006), we were able to recognize which driver (if an authorized one at all) was “driving”. If someone wasn’t logged in, we’d be pulling information from the GSP receiver and let the vehicle drive around the yard – assuming perhaps a mechanic was moving the vehicle for maintenance (and the yard was huge). As soon as we noticed the vehicle moving off the yard without the driver being recognized, a command could be sent to the engine to turn itself off… An anti-theft technique. Again, quite common now, but ahead of it’s time for 2006.

Combine fuel usage data from the engine, altitude changes from the GPS receiver, and the load weight, all sorts of predictive things can be done from vehicle-to-vehicle in terms of comparing the health of one vehicle over the other. Based on multivariate analysis technique, we can spot a particular tractor which is performing differently (an “outlier”) than the others while traveling up a hill under full load.

Clearly, the “dashboard” that the driver sees minute-by-minute is supremely important. But the dashboard that the maintenance staff sees, on the ground in their shop, is equally important on a macro level; ensuring optimum performance on the entire fleet level.

Back as a young engineer, I ran into a group of guys who were racing a Sprint Car (http://en.wikipedia.org/wiki/Sprint_car_racing). After getting to know these guys, I built a digital tachometer for them that would be “programmed” by the mechanic before the race to trigger up to 4 relays at a particular engine RPM. They could then do something as simple as turning a bright red light on showing the driver the engine is redlined, or fire NOS (Nitrous Oxide) when a programmable button was touched AND the engine was below a certain RPM.

This was interesting, but there was only one “variable” – engine speed – which could be used for information.

We’re always looking for more than one data point to give our customers good visibility into solving the problem they’re most concerned with. Layering in other information such as the driver, the current incline, engaged gear, load particulars, and fuel usage may give much more important information to our customer. This type of information might show that a particular driver needs training on a better method of climbing a hill. Or, the same data might show that a particular vehicle is preforming differently than the rest of the fleet, and is in need of maintenance.

Mixing together all sorts of different variables allows analytics to be performed that suddenly allows situations of importance to be recognized, and then actioned in real time. The identification of actionable situations that are not immediately apparent to a human is where the power of analytics lies.

What variables do you have which could be tied together to give you better insight into things which need to be taken care of in your business?